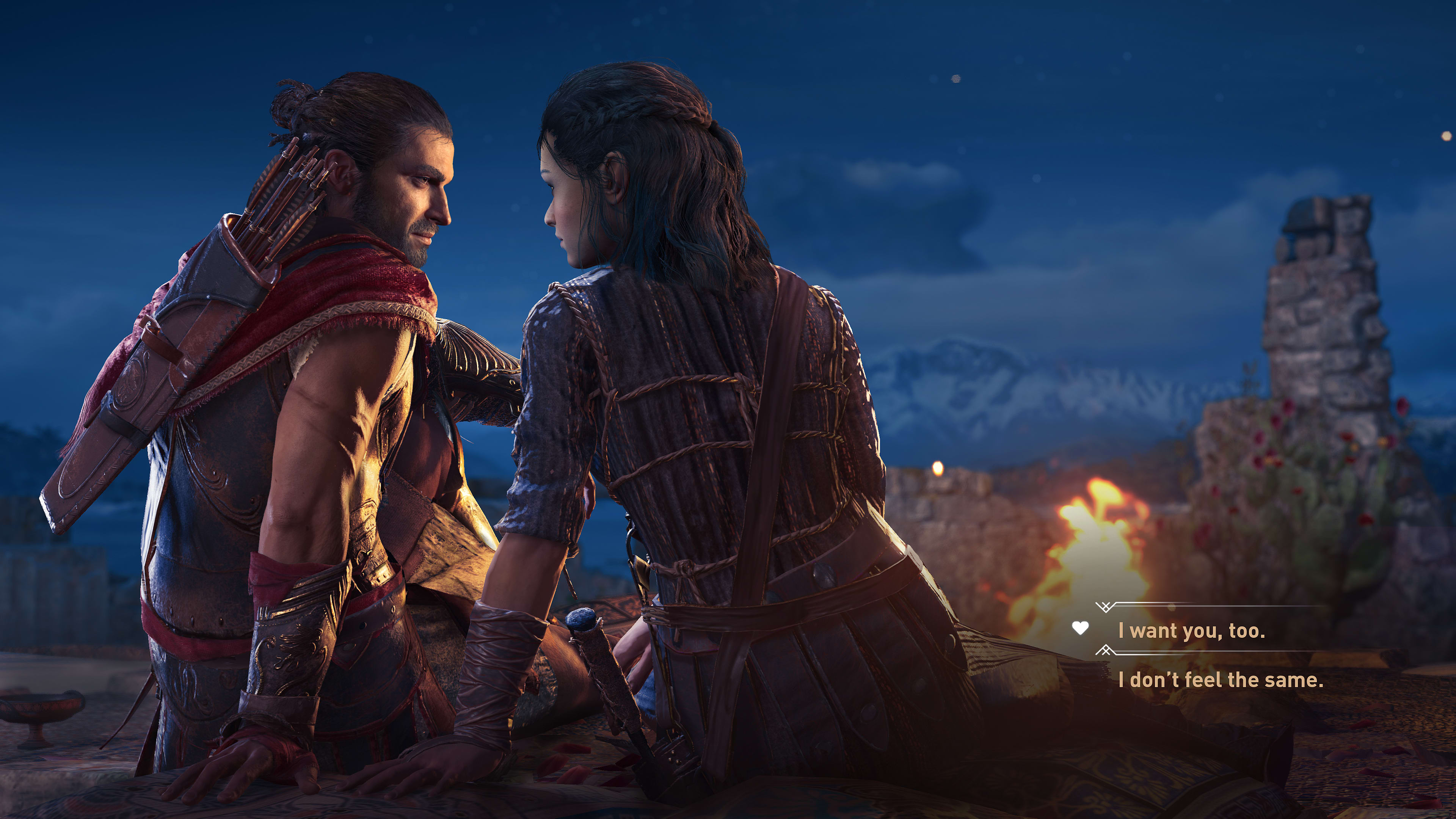 Patch 1.2.0 implements in-game support for several upcoming content drops in Odyssey. The largest of those content drops–the first episode of Odyssey’s Fate of Atlantis DLC, titled Fields of Elysium–releases April 23. Patch 1.2.0 adds in-game support for upcoming Lost Tales of Greece side missions as well. Like the Fate of Atlantis DLC, you can expect these Lost Tales of Greece missions to launch at a later date.

The update adds new features to Odyssey too. Patch 1.2.0 implements custom gear loadouts, allowing you to quickly switch between your favorite combinations of armor and weapons for different combat encounters. Lost Tales of Greece missions will also be highlighted in the Quest log, making it easier to keep track of how many you have left and which tasks you still need to do to complete each one.

The rest of Patch 1.2.0 outlines fixes for some of Odyssey’s balancing issues and bugs. The full notes are outlined below. Be warned, the patch notes for this update do contain spoilers for certain mid- to late-game storylines.

In our Assassin’s Creed Odyssey review, Alessandro Fillari gave the game an 8/10, writing, “…Assassin’s Creed Odyssey’s ambition is admirable, which is reflected in its rich attention to detail for the era and its approach to handling the multi-faceted narrative with strong protagonists at the lead. While its large-scale campaign–clocking in at over 50 hours–can occasionally be tiresome, and some features don’t quite make the impact they should, Odyssey makes great strides in its massive and dynamic world, and it’s a joy to venture out and leave your mark on its ever-changing setting.”

Legacy of the First Blade